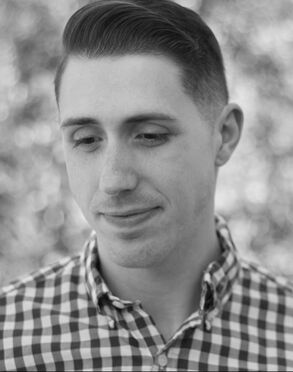 Nick Dolan is an award-winning film composer and music educator whose experience includes working as a music supervisor, arranger, songwriter, and orchestrator. Nick has had the privilege of working with filmmakers from all around the world, with clients including Paramount Pictures, Cartoon Network, Bravo, MTV, NBC, E!, Lifetime, Hallmark and more. Nick has also been a speaker and guest clinician for the Portland Film Festival, Lewis & Clark College, and Portland advertising agencies.

Nick Dolan was born and raised in Portland, Oregon and graduated with honors from Berklee College of Music with a B.M. in Film Scoring. Nick has studied under such notable composers as J. Eric Schmidt, Claudio Ragazzi, Richard Davis, Sheldon Mirowitz, Eric Reasoner, Dennis LeClaire, and many others. In 2010, Nick had the great privilege of interning for Paramount Pictures, developing a music library and re-scoring an old 1930's cartoon. After spending time in Los Angeles working with film composer Lawrence Shragge, Nick relocated to Portland, Oregon in 2012, where he currently resides.